The Minister of State for Luwero-Rwenzori Triangle, Hon. Alice Kaboyo has said the Government is committed to ensuring that citizens have access to improved quality service delivery through the Community Baraza initiative.

The Minister was speaking at the launch of the community barazas which were held in the Rwenzori Sub-region in Kasese District and Fort Portal City.

She said Barazas are community forums organised by the Office of the Prime Minister to enable the government to interact with the citizens on matters related to policy and programme implementation.

During the community barazas, different stakeholders openly discuss and share relevant information as well develop corrective strategies to outstanding challenges affecting livelihoods. The platform enables the citizens to participate in the development cycle through effective monitoring of the public service providers and demanding for public service accountability which enhances transparency in service delivery. 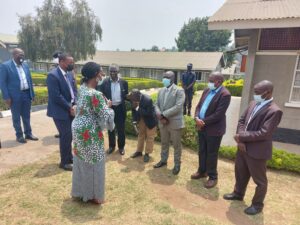 Hon. Kaboyo said the previous community barazas have yielded numerous results in the areas where they have been conducted including bringing to light some of the gaps existing within the services sector which have since been mitigated by Government.

“In all these fora, poor infrastructure, limited or lack of electricity and water supply and poor health and education services are among the key issues that the community always raises. I can assure you that these issues are always critically examined and resolved by the responsible Ministries, Departments and Agencies. The government, therefore, welcomes your good and positive criticism,” Hon. Kaboyo said.

She added that the government’s focus is to achieve steady-wide coverage of infrastructural projects across the Rwenzori Sub-region and the nation at large.

Kaboyo called upon the participants to ensure that the recommendations of the meeting are implemented. 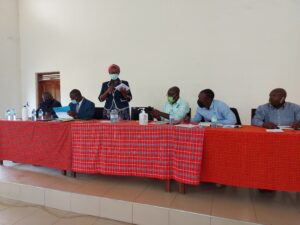 The Minister of Luwero-Rwenzori Triangle, Hon. Kaboyo delivers her opening remarks at the Community Baraza in Kasese District

The administrative leaders of the two areas cited inadequate funds as an impediment to accessing quality service delivery. End.