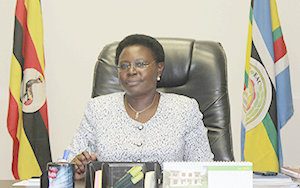 Minister of State for Northern Uganda 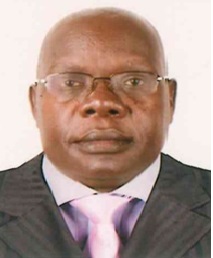 Dr. Robert Limlim is the Director of the Third Northern Uganda Social Action Fund (NUSAF3) Project which is a Government of Uganda social protection and development based Programme implemented under the Office of the Prime Minister.

The Third Northern Uganda Social Action Fund (NUSAF3) is five-year Social Protection and Affirmative Programme implemented under the Office of the Prime Minister. NUSAF3 is  financed by a World Bank IDA loan of US $130 million and became effective in March 2016. The Project Development Objective (PDO) is “to provide effective income support to and build the resilience of poor and vulnerable households in Northern Uganda. NUSAF3 builds on the lessons of both the first phases (NUSAF1 AND NUSAF2) and aims to contribute to the operationalizing of the Uganda Social Protection Policy.

The project has four components. The first component contains two sub-components; Labor Intensive Public Works and Disaster Risk Financing ‒ that provide temporary/seasonal employment opportunities for poor and vulnerable households and has the capability of being scaled up in response to disasters in selected pilot areas.

The third component ‒ Strengthened Transparency, Accountability and Anti-Corruption (TAAC) covers activities implemented by the Inspectorate of Government (IG) to improve transparency, accountability, and anti-corruption efforts in northern Uganda both for NUSAF3 and other services.

The fourth component ‒ Safety Net Mechanisms and Project Management provides institutional support for implementation of the project and to help develop the social protection operational tools that are envisioned in the draft Uganda Social Protection Policy (USPP).

Implementation of PRDP coordinated and monitored