His Excellency, President Yoweri Kaguta Museveni, on 19th August, 2021, graced the Uganda Food Systems national dialogue at the Kololo Independence Grounds in Kampala. Convened by the Office of the Prime Minister, the dialogue is one of the activities leading to the United Nations Food Systems Summit that will be held on 23rd September, 2021 in New York. It was held after successfully convening 18 regional and focus group dialogues in which different issues emerged.

A food system comprises activities in production, processing, transportation and consuming food. The national dialogue was aimed at discussing and validating the outcomes from the regional and independent Food Systems dialogues. This would lead to agreed actions for building a sustainable approach for the food systems transformation in Uganda. 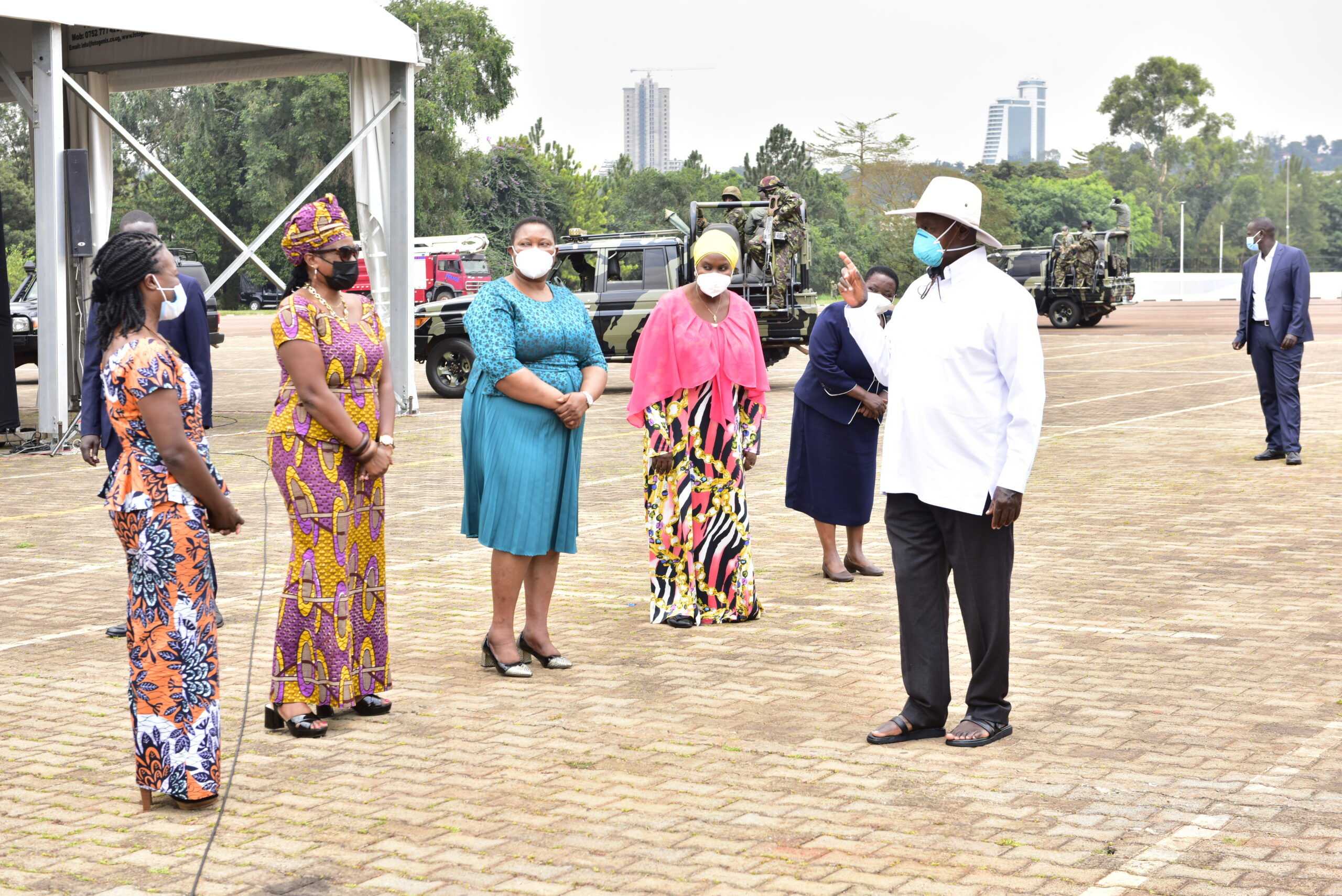 Addressing the invited guests both in physical and online attendance, H.E. President Museveni said that there was no better place to hold such a discussion other than Uganda.

“You have chosen the right place in which to discuss the food system. Uganda is unique and should have no problem with food. We have a high altitude near the equator. Food grows easily on our soil and so Uganda can be the center for food production. If there is any problem in food production, it is due to lack of sensitization,” the President said.

He added that Government had solved issues of poor seed quality by setting up research institutions that supply good seeds. President Museveni further noted several challenges that Uganda faces in the food system chain and if solved, the country would be able to feed a large proportion of people in the world. 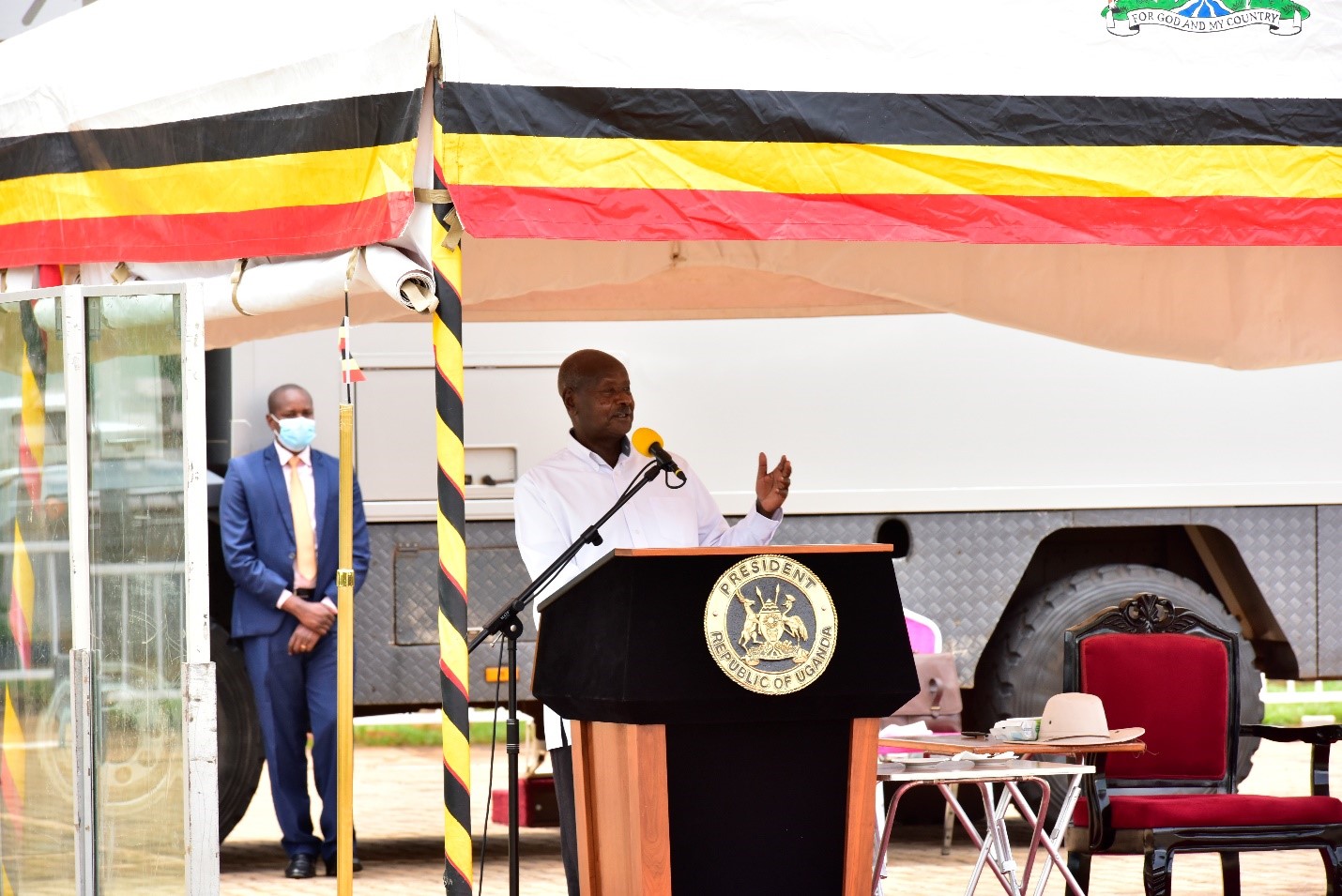 He added that Ugandan farmers were faced with challenges of pests and parasites on crops, post-harvest/storage problems, lack of proper supervision enforcement, lack of sensitization, environmental degradation, land fragmentation, challenges of enabling infrastructure, lack of sufficient electricity, lack of enough water for irrigation, low access to telecommunication and a challenge of market for the produce.

“Ugandan farmers should work with people in the world to fight pests and parasites organically. An organic anti-tick vaccine is being developed in Uganda and will soon be available. Let there be a free market for food. People of Africa should understand the issue of world African market. The railway network to the sea should be built to enable farmers to access cost-friendly transportation of their produce. Ugandans should also protect the environment and not destroy the wetlands. If you destroy wetlands, you destroy the base for agriculture,” President Museveni explained.

In her remarks, the Prime Minister, Rt. Hon. Robinah Nabbanja said that the intended outcome of the food system Summit was to adopt game-changing solutions that would transform food systems across the world and fast track achievement of the Sustainable Development Goals.

“The national dialogue marks the epitome of our readiness to participate in the UN Food Systems Summit globally. Uganda will, today, make bold statements/ commitments to transform Food Systems (FSS) which will be detailed in a national position paper on intentions and commitments arrived at during the dialogues,” She explained.

Rt. Hon. Nabbanja further noted that the situation was even more urgent amidst the COVID-19 pandemic, where evidence had shown that good nutritional practices and healthy diets rich in immune boosting foods could check the spread and death related to the virus. 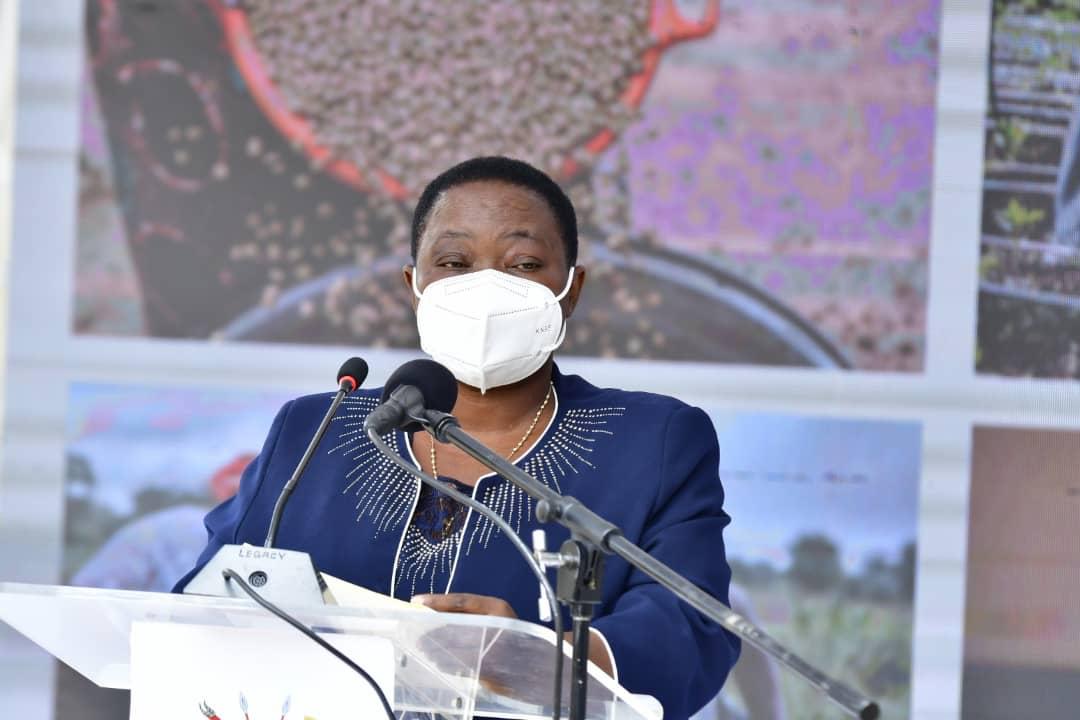 “On 1st April 2021, my Office called upon all relevant MDAs, private sector, CSOs and the UN family to start the Food Systems process. On 16th April 2021, we convened an inception meeting during which the roadmap for implementation of the Food System Summit Processes was approved. Eighteen dialogues were later held to discuss the issues surrounding food systems in Uganda,” Rt. Hon. Nabbanja explained.

She added that through the dialogues, emerging issues included; effects of climate change and environmental degradation in the country, the triple burden of malnutrition: undernutrition, micronutrient deficiencies, and over nutrition (overweight, obesity and diet related non-communicable diseases) in the country. More issues identified included; Empowerment of smallholder farmers, women, youth and other vulnerable groups in the Food Value Chain, scaling up social protection programmes and services, strengthening contingency to mitigate shocks and stress to food systems Disasters; naturally or humanly caused, Investment in food systems research, science, technology and innovations. Presenting a synthesis of all the key issues that were raised during the dialogues, Hon. Bright Rwamirama, Minister for Animal Industry, said that the dialogues revealed key challenges that disrupt normal agricultural production and livelihood, leading to deprivation of life, including; Under-utilised food production and supply potential, Agro-industrialization as a key engine for transformation, Growing concern in the quality and safety of Uganda’s agro-products and Limited market access for agro-food products.

“We need to amplify the opportunity of agro-industrialization, human capital development and other programmes of the National Development Plan III (NDP III), by ensuring that multi-sectoral and multi-stakeholder resource convergence are amplified to deliver on food systems transformation. The critical success factor and take home for Uganda from the Summit will rely on the extent to which identified opportunities and solutions will be harnessed, prioritized and urgently implemented within the current legislative agenda under the wider framework of the 1995 Constitution and Laws of the Republic of Uganda, and the policy and planning framework under the NDP III and Uganda Vision 2040,” Hon. Rwamirama said.

The implementation of the food systems summit is conducted under the 5 themes or tracks whose leadership is chaired by; Ministry of Agriculture, Animal Industry and Fisheries, Ministry of Health, Ministry of Water and Environment, Ministry of Gender, Labour and Social Development, Ministry of Local Government, Co-Chaired by Food Rights Alliance, World Vision Uganda, UWASNET , Care  International   Uganda, Office of the Prime Minister, and supported by UN Anchoring Agencies including ;Food and Agriculture Organization (FAO), WHO, UNDP, IFAD,WFP.

The UN Resident Coordinator, H.E. Susan Ngongi Namondo, commended the Government of Uganda for its commitment to building a resilient food system and pledged the UN’s support in ensuring that the solutions to the challenges are found.

Hon. Mary Goretti Kitutu, Minister for Karamoja Affairs, also standing in for Minister for General Duties, said that Uganda’s solid gain would be the post-summit decisions and actions that would be taken towards transformation of the country’s food systems.

“I thank the various state and non-state actors who have supported Office of the Prime Minister in this endeavor these include: The Ministry of Agriculture and National Planning Authority; The Honorable Ministers of Agriculture, Health, Gender, Water, Labour and Social Development and Local Government and their respective Permanent Secretaries who have Chaired and Co-chaired the five tracks respectively. I thank the UN Family, particularly the Office of the UN Resident Coordinator, UNDP, FAO, WHO, UNICEF, IFAD and World Food Programme who have offered anchoring services to this process through technical, assistance, financial and logistical support,” Hon Kitutu said.

Also recognised, were the different platforms, groups and apex bodies that worked with the Secretariat to deliver independent dialogues under their respective constituencies. The National Food Systems Secretariat under Office of the Prime Minister was thanked for coordinating all the processes.

The National dialogue was co-convened by the National Planning Authority and the Ministry of Agriculture, Animal Industry and Fisheries. This was in collaboration with the United Nations (UN) agencies, including FAO, UNEP, UNDP, WFP, IFAD, UNICEF and WHO, together with national stakeholders.